And now, we present four regional zooms of the burger territory maps, similar to the originals except that they represent the two most influential franchises at each point on the beefscape.  As before, the underlying metric is our fanciful, inverse-squared, earth-penetrating burger force, as broadcast by the 36,000-plus U.S. restaurant locations of the eight largest chopped-sirloin-slingin’ chains.

We intend these maps as abstract studies of geography, marketing, and consumption, in which the patterns and shapes matter more than the particulars of the involved corporations.  However, for completeness sake, know that we colored each point with a 2-to-1 blend of the hues of the first and second-most influential chains per our original scheme: black for McDonald’s, red for Burger King, yellow for Wendy’s, magenta for Jack In The Box, periwinkle for Sonic, cream for Dairy Queen, green for Carl’s Jr., and cyan for Hardee’s.

Let’s start with a view of East Texas, Louisiana, and Mississippi:

That’s Dallas-Fort Worth at upper left and the Mississippi River delta to the lower right.  Note the curious blobby outliers of franchise strength: magenta on Houston’s south side and yellow at Jackson, Mississippi.

Next, please peruse the rich burger ecosystem of the southern Piedmont, running northeast from Atlanta, Georgia to Charlotte, North Carolina:

Zooming west and inward, we train our gaze on metropolitan Phoenix and the faint rectangular residue of its primary street grid:

And finally, let’s drill down and roll the clock back to where all this business began: our singular universe, zeptoseconds before the Big Bang: 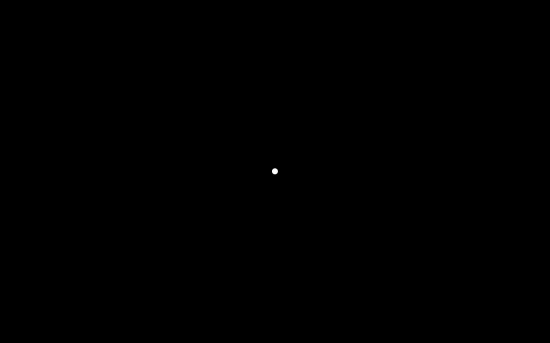 As Sagan once said, somewhere in there, billions and billions of burgers are waiting to be served!

On St. Patrick’s Day, the Von Worley clan traditionally dines on reuben sandwiches and boiled potatoes, and this year, word came down from END_OF_DOCUMENT_TOKEN_TO_BE_REPLACED

Them young’uns have different names than they used to!  Stateside, a century ago, you couldn’t spit without hitting a John, William, or Mary.  My grade END_OF_DOCUMENT_TOKEN_TO_BE_REPLACED

Eight short weeks had passed since Monika and I first met, and already, we knew that we’d be lovebirds forever.  END_OF_DOCUMENT_TOKEN_TO_BE_REPLACED

As penance for my recently-inadequate college basketball fandom, I must submit an offering!  That’s what last night’s flaming apparition said, END_OF_DOCUMENT_TOKEN_TO_BE_REPLACED